Tears streamed down my cheeks as we sat by our windowsill, looking out into the darkness.

What was supposed to be a celebration of ten years of our marriage, had become a disaster.

Earlier this year, as Cliff and I received an avalanche of relationship-related questions from young people via Instagram, we decided to tackle them head on and invest in producing a short video series for social media.

We did our research, hired a vendor, booked a venue, rehearsed weekend after weekend, arranged for four groups of babysitters back-to-back so we could film, only to realize… the product was not what we envisioned.

“We have two choices- to release a production that didn’t represent the best of us, or drop it completely.

Heart-heavy, we took in the weight of this. After all, we’d anticipated the launch to commemorate our 10th wedding anniversary.

Now, it seemed to be all a waste.

That evening, I felt God ask, “Are you willing to start on a blank canvas again?”

“A blank canvas?!” I looked at Cliff, incredulous. “Just throw this all away?”

It was thousands of dollars, money, time. Most of all, it was the uncertainty of never seeing our vision come to fruition.

But under the twinkling canopy, we held hands and said together, “Yes God, we are willing.”

The next morning, I was due to meet an Instagram follower. Having received regular encouragement from her over the months, I reached out one day to ask if she’d like to connect. Her profile seemed to suggest she was a stay-at-home-mom living in the States. I knew nothing much else about her.

Because of the grief still heaving in my chest, I shared with her what had happened, still raw-fresh in my mind.

“My husband and I are professional film producers. I used to work in Hollywood. We film for Francis and Lisa Chan, and the Beveres in their relationship videos. If you and Cliff can fly yourselves down to San Fran, we’d love to sponsor and produce this relationship video series for you.”

She continued, “Actually, I’ve been following your blog for years. It started with someone gifting me a book you’d written. When you moved to Baltimore, I had the urge to visit you but God told me then not to reach out to you until you reached out to me. Who would have thought?”

Truly, who would have thought I would reach out to her four years later?

I am learning, that the meandering, bewildering detours of our lives do not mean God is confused or distracted. It does not mean He needs our reminders to move things along. He is always working, always moving on our behalf, even when we don’t see nor feel it.

What I thought was a waste of $1500 on a truncated video project, turned into a $70K production fully sponsored by stranger-turned-friends out of nowhere.

Many times, we doubt if we heard God right when things don’t go according to plan, or we wonder if He made a mistake. But I’m learning, that our detours are not mistakes. They are more purposeful, intentional than we ever imagined and are often stepping stones to our next launchpad.

When we arrived in San Fran, greeted by a beautiful coastline, crashing waves, and beautiful wildlife by our inn, the film producers told us, “God told us to gift you a both a couple’s retreat. So this is what this stay is about.”

Tears brimmed in my eyes.

“You know, if someone wanted to gift us a retreat in San Fran, we never would have said yes,” said Cliff.

“God spoke to us that this production is about restoring Cliff’s story, his manhood and to use your relationship as a testimony to others,” they told us.

As I look back on our journey, i marvel at God’s ways- His lavish sense of economy and generosity, His serendipitous way of springing surprises, and His loving pursuit of us.

If you’re struggling to experience Him, would you ask Him to show you? 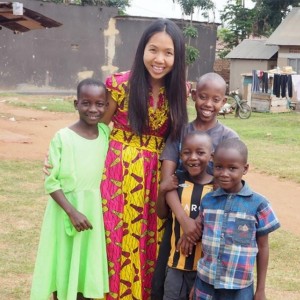